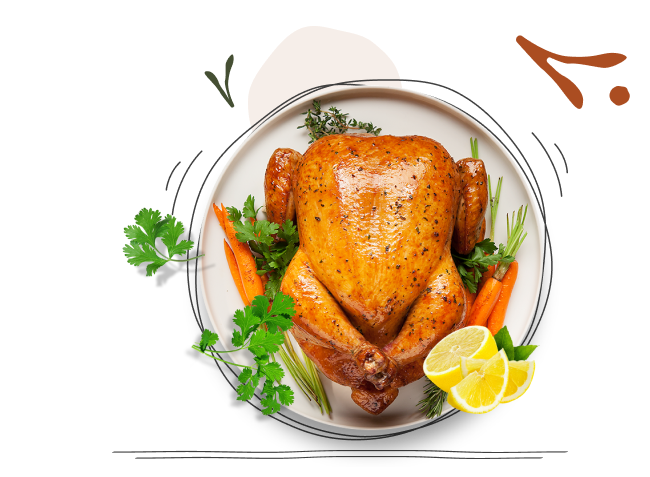 Made to Cook: The Cooking Hypothesis 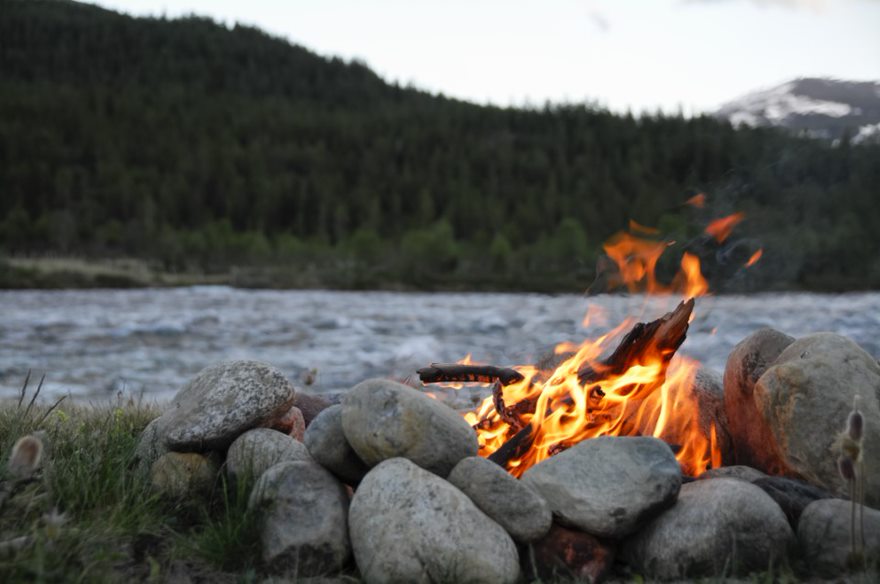 What makes us human? Some would argue that it’s the act of cooking — whether it’s boiling, broiling, roasting, baking, or barbecuing — that separates us from every other species on Earth.

In 1999, Harvard professor of biological anthropology Richard Wrangham published an article in the Current Anthropology journal called “The Raw and the Stolen: Cooking and the Ecology of Human Origins.” Known as “the cooking hypothesis,” Wrangham’s groundbreaking new theory of human evolution proposed that taming fire to cook food changed the course of human evolution.

In his article and his 2009 book Catching Fire: How Cooking Made Us Human, Wrangham argued that cooking allowed our human ancestors to process food more efficiently — and this change had a profound impact on evolution. While all other animals eat raw foods, Wrangham theorized that our ancestors began cooking their food some 1.8 million years ago, a change that gave early man the ability to process food more efficiently. It takes a long time, and a very large jaw and teeth, to grind down raw meat and plant matter. Before our ancestors learned how to cook, Wrangham estimated that half of their waking hours were spent simply chewing enough food to subsist, leaving little time for anything else. Cooking alters the chemical structure of food, breaking down the connective tissues in meat, and softening the cells of plants to release their starches and fats. This makes cooked food easier to chew and digest. This also helps the body to use less energy to convert food into calories. Once the cooking was introduced, he estimated that our ancestors had an extra four hours in their day — time that could be spent hunting, foraging, and slowly beginning to organize into societies. Wrangham explained, “The extra energy gave the first cooks biological advantages. They survived and reproduced better than before. Their genes spread. Their bodies responded by biologically adapting to cooked food, shaped by natural selection to take maximum advantage of the new diet. There were changes in anatomy, physiology, ecology, life history, psychology, and society.”

This higher calorie, higher-quality diet lead to the evolution of bigger brains and bodies, and smaller jaws and teeth—a transformation that gradually resulted in modern man. From the control of fire and the growth in brain size, it’s not such a large leap to the development of dedicated hearths, the introduction of pottery and other tools for cooking, and the domestication of plants and animals.

Wrangham’s theory is, of course, just that: a theory. Archaeological history to support control of fire 1.8 million years ago has not yet been found, but the recent discovery of ash in a South African cave suggests that our ancestors were controlling fire at least 1 million years ago — far earlier than previous evidence suggested. It may be just a matter of time before definitive evidence that proves Wrangham’s theory is found.

And If Wrangham’s theory is correct, we truly are what we eat.

If cooking is so fundamental to our evolution as people, it is a wonder that we don’t have time to make home-cooked meals with wholesome ingredients. Modern life has created many barriers to our ability to prepare home-cooked meals. What do we do if we don’t have time for home cooking? Businesses like CookinGenie can help you bring cooking where it belongs—in your own kitchen—even when you don’t have time to cook yourself. Check out our menus, and book your Genie today for building healthy eating habits in the family. 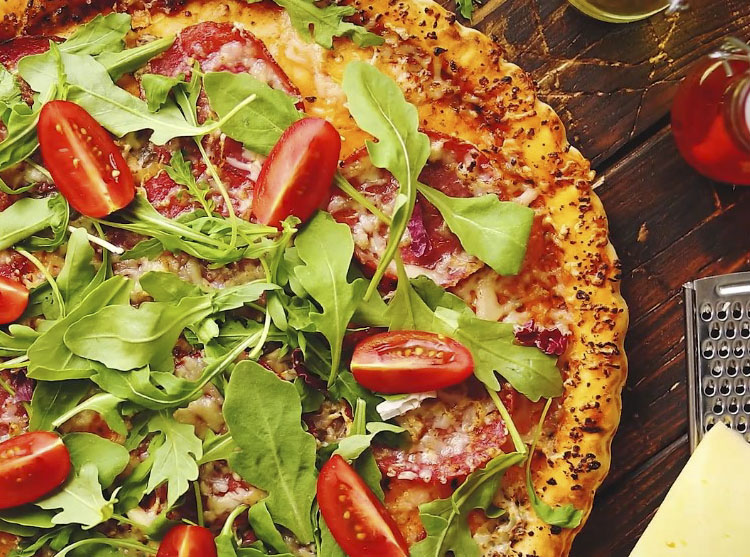 What is CookinGenie? CookinGenie is a service where delicious and healthy home-cooked meals come with only a couple of taps on your smartphone. The twist is that the food is cooked right in your kitchen.

It’s not catering. It’s not meal kits. It’s not food delivery. It’s not frozen 500 miles away.

It’s made fresh with ingredients from your neighborhood grocery. Enjoy it fresh for lunch or dinner, or as leftovers after. CookinGenie is ideal for you, your family & small parties of less than ten people.

How does it work? Go online to CookinGenie.com and select your dish and a time for our Genies to come to your very own house and cook JUST for you, your family & perhaps a few friends. Then all you have to do is sit back & relax.

Wait, who are our Genies you ask? They are experienced cooks who make delicious foods. Some of them have worked in restaurants before. How do we know about their cooking? Simple, we taste their foods before they cook for you.

A restaurant inside your home. The world on your taste buds (yes we have cooks from diverse backgrounds). More YOU time, while dinner is taken care of.

Check us out today. Book a time with one of our Genies – then sit back & watch us conjure up your dinner. Sounds too good to be true? Yes…. it’s magical. Visit Now: cookingenie.com

Is Air-Frying a Better Way to Enjoy Fried Foods? 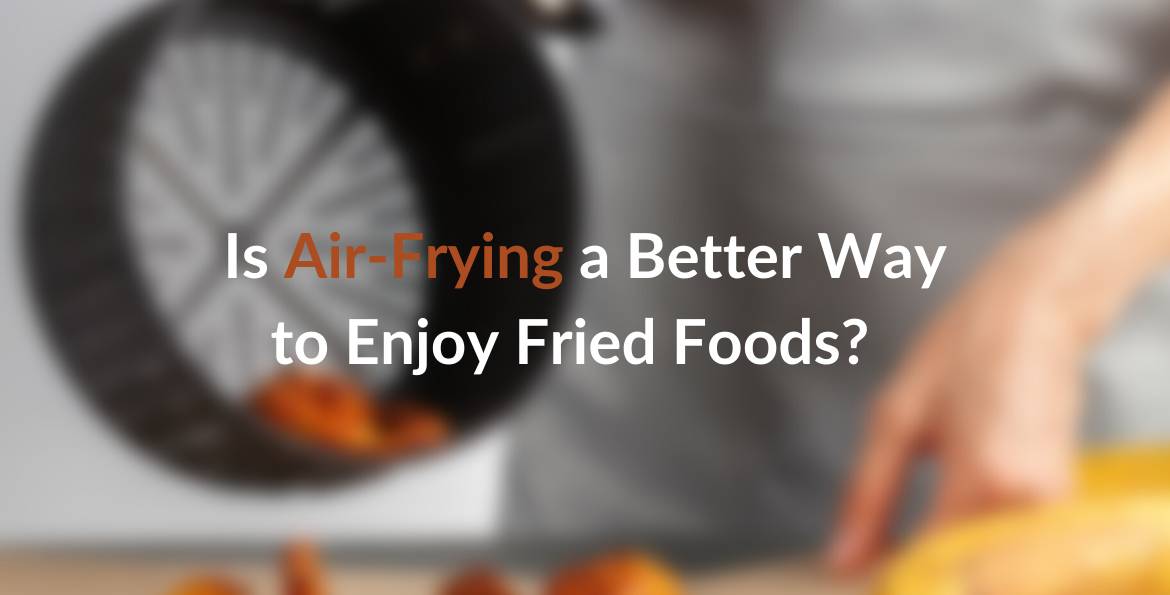 In America, we love our fried foods. From chicken wings and French fries all the way to corndogs and mozzarella sticks, we’ll eat just about anything that came from a deep fryer. But as much as we love these foods, it doesn’t take an advanced nutrition degree to tell that something submerged in a vat of hot fat probably isn’t good for you.

Why Are Fried Foods Bad for You?

Deep frying foods cause the calorie count to go way up, it adds more saturated fat, and tacks on cholesterol. It’s been well-documented that regularly eating fried foods can promote weight gain, increase your chance of heart disease and diabetes, and just generally degrade your overall health.

Why Do We Eat So Much Fried Food?

Given all the adverse health effects of deep-fried food, it seems fairly obvious that giving them up would be a great lifestyle choice. But still, we love our fried foods, with 1 in 3 Americans eating fast food every day. The trouble is the hot, crispy food that comes out of the deep fryer can be very tasty, and rather addicting. Plus, many of us grew up with fried foods like chicken tenders and onion rings, and as adults, it can be very hard to put them down.

With more people becoming increasingly health-conscious about their diet, a new phenomenon has come into the fold over the past few years, air frying. An air fryer is a countertop machine with a perforated basket to “fry” foods without submerging them in oil. You simply toss the food with just a little bit of oil, put it in the basket, and the air fryer cooks it by blasting hot air in a rapid convective motion around the food. So technically, the air fryer doesn’t “fry” the food, it’s more of a quick convection bake, but the result of ultra-crispy food is still the same.

Without all that oil, air-fried foods have fewer calories than deep-fried foods and have much lower fat and cholesterol content. Of course, things like chicken wings and fries are still not exactly healthy foods even when air-fried, but this new age device can certainly help curb some of the worst consequences, so you can feel much better indulging.

At CookinGenie, one genie has mastered the art of air-frying and is ready to share his air fryer with the world. Genie Dylan Tompkins offers several air-fried dishes, such as his extra crispy air-fried wings with a delicious choice of sauces such as barbecue, buffalo, Cajun, and garlic-parmesan. He also has crispy on the outside, fluffy on the inside air-fried sides such as the delicious marble potatoes served with bacon smash burger, or the golden-brown French fries that come with the chicken gyro. These delicious foods have all the same crispy fried goodness you love but without all the bad health baggage. With the magic of the air fryer and the magic of CookinGenie, you can have your fried foods, and eat them too.