This was one of the coolest experiences! Our chef was very nice and personable. Such a fun experience!

Is Air-Frying a Better Way to Enjoy Fried Foods?

In America, we love our fried foods. From chicken wings and French fries all the way to corndogs and mozzarella sticks, we’ll eat just about anything that came from a deep fryer. But as much as we love these foods, it doesn’t take an advanced nutrition degree to tell that something submerged in a vat of hot fat probably isn’t good for you.

Why Are Fried Foods Bad for You?

Deep frying foods cause the calorie count to go way up, it adds more saturated fat, and tacks on cholesterol. It’s been well-documented that regularly eating fried foods can promote weight gain, increase your chance of heart disease and diabetes, and just generally degrade your overall health.

Why Do We Eat So Much Fried Food?

Given all the adverse health effects of deep-fried food, it seems fairly obvious that giving them up would be a great lifestyle choice. But still, we love our fried foods, with 1 in 3 Americans eating fast food every day. The trouble is the hot, crispy food that comes out of the deep fryer can be very tasty, and rather addicting. Plus, many of us grew up with fried foods like chicken tenders and onion rings, and as adults, it can be very hard to put them down.

With more people becoming increasingly health-conscious about their diet, a new phenomenon has come into the fold over the past few years, air frying. An air fryer is a countertop machine with a perforated basket to “fry” foods without submerging them in oil. You simply toss the food with just a little bit of oil, put it in the basket, and the air fryer cooks it by blasting hot air in a rapid convective motion around the food. So technically, the air fryer doesn’t “fry” the food, it’s more of a quick convection bake, but the result of ultra-crispy food is still the same.

Without all that oil, air-fried foods have fewer calories than deep-fried foods and have much lower fat and cholesterol content. Of course, things like chicken wings and fries are still not exactly healthy foods even when air-fried, but this new age device can certainly help curb some of the worst consequences, so you can feel much better indulging.

At CookinGenie, one genie has mastered the art of air-frying and is ready to share his air fryer with the world. Genie Dylan Tompkins offers several air-fried dishes, such as his extra crispy air-fried wings with a delicious choice of sauces such as barbecue, buffalo, Cajun, and garlic-parmesan. He also has crispy on the outside, fluffy on the inside air-fried sides such as the delicious marble potatoes served with bacon smash burger, or the golden-brown French fries that come with the chicken gyro. These delicious foods have all the same crispy fried goodness you love but without all the bad health baggage. With the magic of the air fryer and the magic of CookinGenie, you can have your fried foods, and eat them too.

How to Dazzle Your Dinner Party Guests? A Charcuterie Spread May Be The Answer 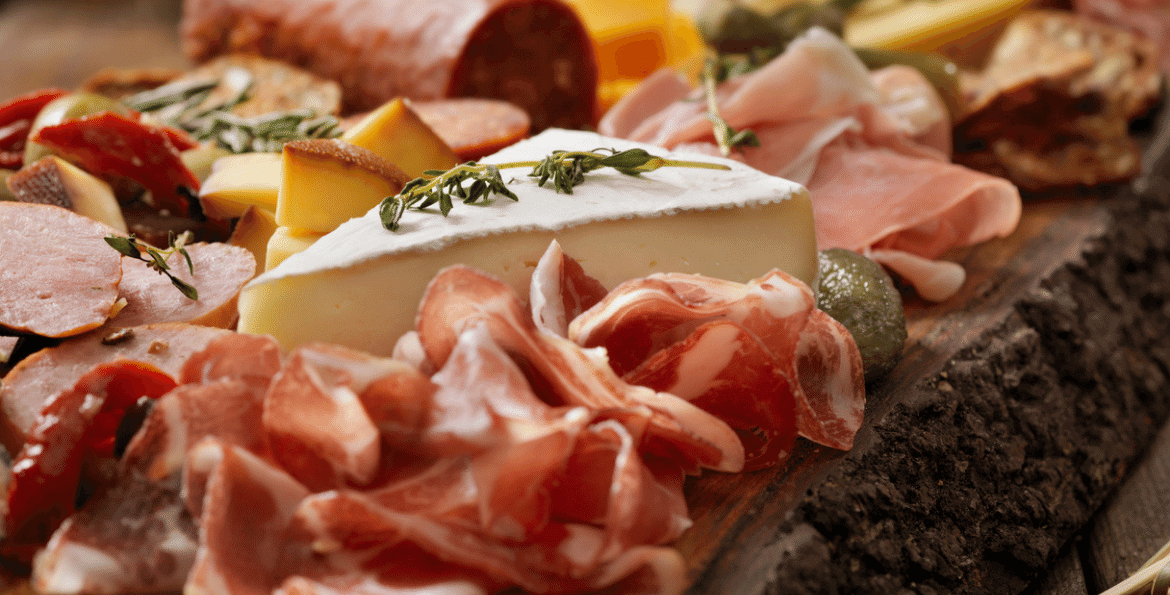 Whether it be displayed out at your dinner party, the beginning of date night, or accompanying your favorite bottle of wine, a charcuterie board is a perfect accouterment. Charcuterie (pronounced “shahr–kyut-uh-ree”) is the French word for the art of cookery dedicated to the preparation of preserved meats, typically pork. The name charcuterie dates back to 15th-century shops which sold many different styles of pork, from terrines and pâtés to hams and sausages. They also specialized in confit, another preservation style involving slowly cooking protein in its rendered fat, for other delicacies like foie gras, a preparation of fatty duck or goose liver. The chef that runs the establishment is referred to as a Charcutier. In a more modern French kitchen, charcuterie is typically handled by a Garde Manger, a chef who is in charge of cold items like salads, cold soups, fruit, and charcuterie.

Before they got to dinner parties: the origins of Charcuterie

Charcuterie started as a way of life for people who were looking to preserve what they had excess of. Someone could take and eat what they could fresh from their kill and smoke or cure what they couldn’t currently use or didn’t want to go bad. Early examples of American cookbooks have recipes for a preserved culinary survival food called Pemmican, which is a loaf of dried beef, berries, and tallow to form a high-energy, simple food source. This was introduced by Native Americans and then eventually adopted by European fur traders and then found its way to the arctic as it was easy to prepare and would last for a long time before going bad.

In modern kitchens, when you see a charcuterie board on a dinner party menu, it refers to an artisan-level crafted assortment of meats and sometimes cheeses that seek to work as something to nibble on before the main course. It is often selected with the flavor profile of the wine, menu, or season in mind. In the summer, a cool and crisp Moscato will cut through a razor-thin slice of a rich prosciutto or serrano ham. Likewise, spicy dried chorizo or soppressata will help finish that bottle of bold, tannin-rich Cabernet Sauvignon on a cold winter night.

In general, charcuterie typically has three main branches: whole-muscle, pâtés, and cured sausages. Whole muscle typically refers to a whole loin of muscle, cured in salt and sometimes spices. It can include anything from American Bacon, Prosciutto, Speck, Jamon Serrano, Country Ham, Pancetta, Bresaola, Cappocollo, Guanciale, and Lardo. Pâtés can be any type of culinary preparation of forcemeat, herbs, fats, and spices. The most famous one people would know by name is probably pâté de foie gras, made from the livers of fattened geese, but most cultures around the world have their own takes on meat-pastes. Cured sausages cover anything from the pepperonis and salamis that you find in your local deli to finely crafted dry-aged Spanish Chorizo or French Saucisson.

Nowadays most specialty grocers, Mediterranean wine bars, and some high-end pubs will carry a varying assortment of curated meats and cheeses. In Cleveland, we even have access to locally made craft cheese and charcuterie. Places like The Brooklyn Cheese Shop and Astoria Cafe & Market, produce many varieties of their old-world preparations and recipes. If you are looking to assemble a charcuterie spread for your dinner party guests, CookinGenie can help. There are many Genies who can create this incredibly classy looking starter for your guests. 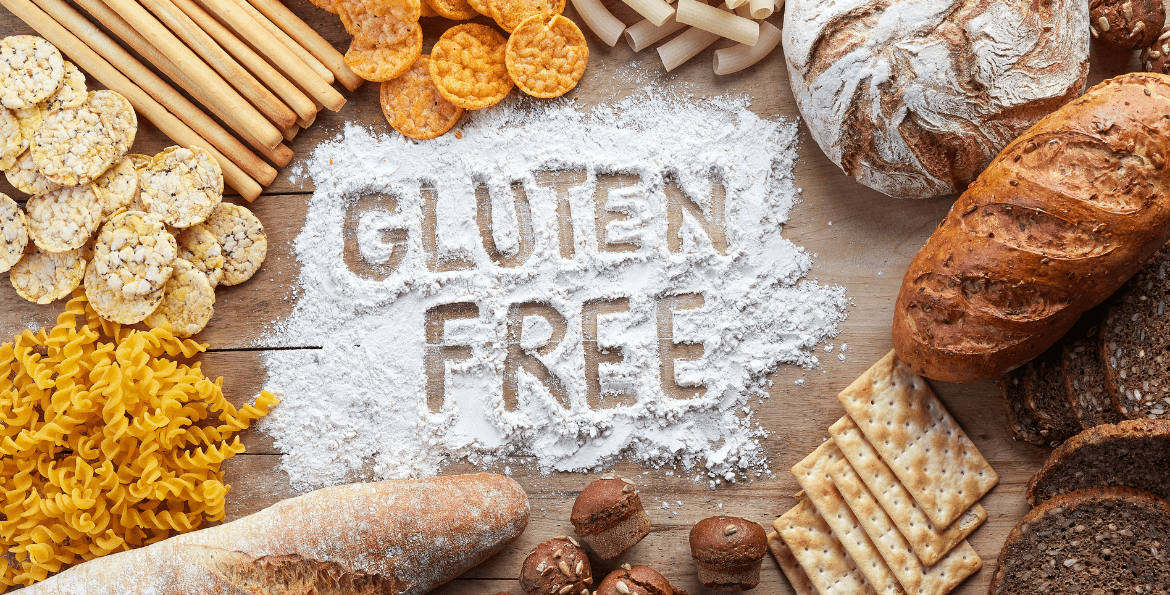 The Challenge of Eating Gluten Free

For many Americans, trying to find good gluten free meals is a never-ending struggle. It’s estimated that about 30% of Americans follow a gluten free diet. A small number of these people have celiac disease, a rare disorder that causes violent illness after consuming products with gluten, but many others avoid gluten due to more minor sensitivities or to improve overall health.

Whatever your reason for seeking out gluten free meals, there’s no doubt it can be challenging. Today, as the popularity of gluten free diets have risen, it is easier to find gluten free foods, but there can still be many obstacles.

Many restaurants still don’t offer very many gluten free options on their menus, or menus don’t have specific dietary labels, which can make it hard for diners to distinguish which items are safe to order. Even in the grocery store, unless an item is clearly marked as gluten free, it can be hard to read labels and determine what is actually gluten free or not.

Treat yourself to a heart-healthy, gluten free meal of Pan-Seared Salmon over Creamed Spinach, courtesy of genie Lashondre’a Lenor. Or if you’re looking for an elegant gluten free chicken dinner, look no further than the delightful Lemon-Rosemary Cornish Hens found on genie Dylan Tompkin’s menu.

And if you also follow a vegan diet, (we have plenty of vegan food too) there are still plenty of delicious gluten free meals to be found on CookinGenie, such as genie Vanessa Cahoun’s amazing Jamaican Vegetable Curry or genie Ozelm Saritoprak’s authentic Turkish Stuffed Grape Leaves.

Our genies take care to carefully select their ingredients to be accommodating to many different dietary restrictions. Take, for example, genie Jared Kent’s vibrant Pad Thai, which uses gluten free soy sauce, opening up dishes to gluten free eaters that might not normally be available.

Amazingly, that even goes for dessert! It’s notoriously hard to find good gluten free desserts, but CookinGenie has you covered. You can get your fix for a gluten free chocolate craving with genie Lamont Denny’s addicting Chocolate Caramel Turtles or genie Christian Farah’s decadent Chocolate Peanut Butter Fudge Bars.

Each dish is marked with tags that explicitly note if that item is gluten free, so there’s no guesswork involved. But even if you see a dish that’s not marked as gluten free, there’s a good chance if you give us a call, we can work with your genie to adjust it to your preferences. Often times all it takes is swapping out flour or pasta for a gluten free alternative. Our genies are skilled adapters and are happy to go above and beyond to satisfy their customers.

Eating gluten free can be tough; let CookinGenie make it a little easier, and a little more delicious.